The opposition today is no doubt is ISIS with many of the fledgling fighters who left. Al Qaeda for more glory with ISIS. ISIS has a stable foothold in Europe with recruitment centres all over Europe. Their targets have been pre-set by their cultural icon in Iraq as was Al Qaeda with Osama Bin Laden.

Their targets are quite obvious and make no mistakes about their ideology and their goals!

It is easy to say and the reiteration by President Trump who has declared war on Radical Islam, ISIS and Islamic Global Terror. After 9/11 little was changed. Al Qaeda went on the defence along with Taliban in Afghanistan. Saddam Hussein is dead! Libya’s Gadhafi is dead! The vacuum created ISIS along with the desertion of Islamic fighters from Al Qaeda and all the dissident trash that was left in Iraq.

So what has happened in the world? You have replaced scum with worse scum! Even the Al Qaeda leadership and the other terrorist groups are shocked by ISIS. At least these dictators kept terror under control and prevented the so called emigration and flow of migrants into Europe. Their reasons for controlling the masses of oppressed people were obvious! Economic goals and the financing of other terror groups around the world. Saddam was bankrolling the Palestinians and Gadhafi was hosting the IRA and boosting investments in Libya by ensuring the flow of oil to the western countries along with Saddam who was no better than ISIS as he ruled Iraq and murdered all who opposed him.

The Middle East has not changed in its outlook towards Europe excepting the moderate Arab States who need European and Western Technology to improve their own positions all in the name of oil for technology and investments in their own countries.

The moderate Arab States are also targeted as well as Europe and the European leaders have no way of preventing terrorism from escalating as they are too interested in solving the Israeli Palestinian issues instead of cleaning up the dirt in their own backyards.

They are already condemning Donald Trump for his outspoken policies on immigration and his interpretation of the war on terror. Instead of supporting him to see what will be the outcome they are worried about the effects on Europe! Europe is already affected but not by Donald Trump. If Hillary Clinton had been elected instead the situation regarding Islamic Terror will still be unchanged in Europe! 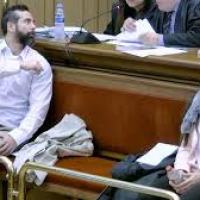